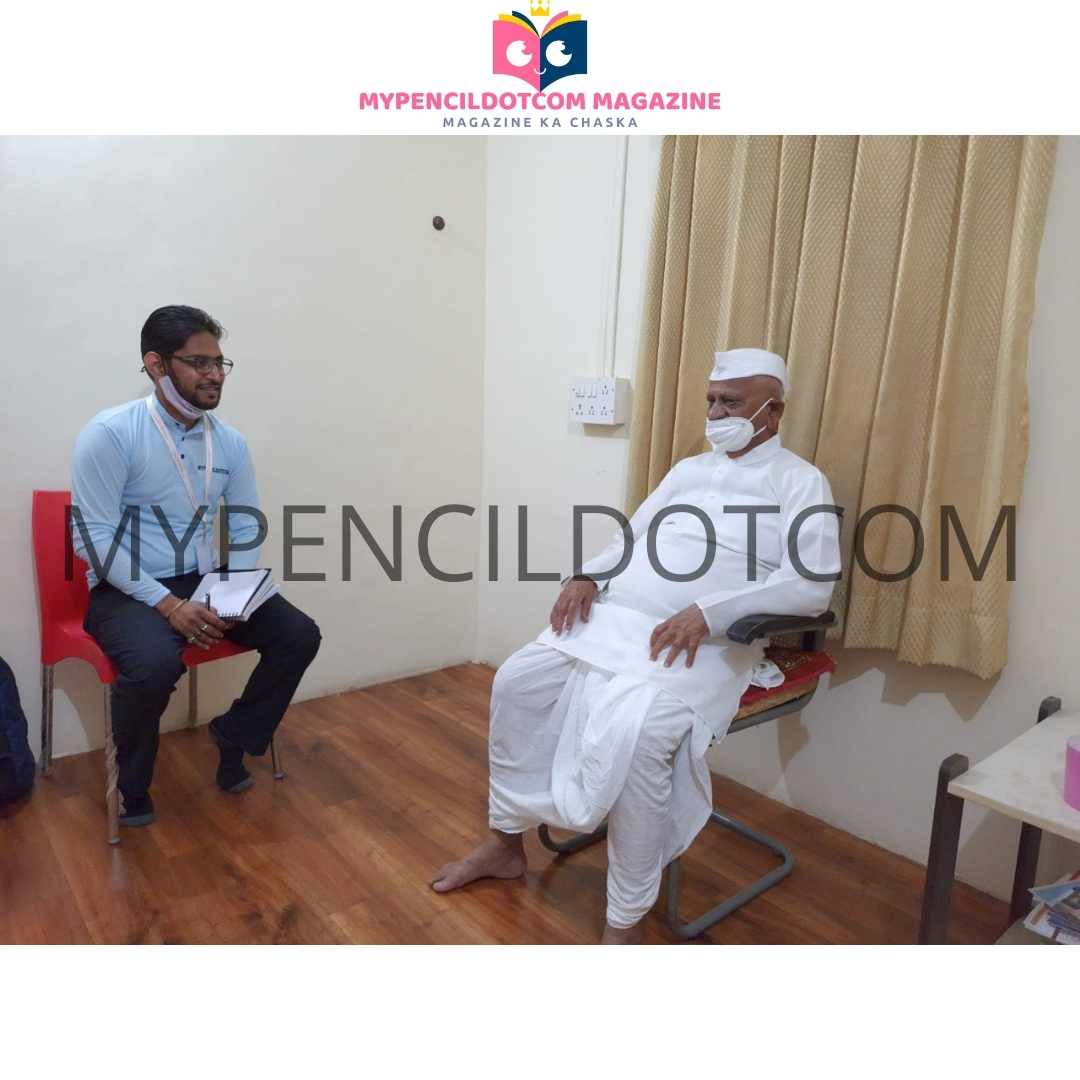 Talking to Prasun kulshrestha on the valuable message that Anna Ji wish to share on Gandhi Jayanti, He shared his valuable thoughts. Anna Hazare says that On the birthday of Gandhi Ji, Gandhi Jayanti, I agree to Gandhi Ji that until the villages cannot be transformed, Nation cannot be transformed. Anna says that developing a city to the next level is like abusing nature, this is not the correct way to transform. This development has no future, after the Independence of so many years, Flood, or natural calamity, etc is the imbalance of the nature or environment. So Mahatma Gandhi was saying, let’s go to Village to develop. Governments in turn took developments to Cities, smart cities etc which is stressing the environment of these already overloaded cities.

Anna Hazare emphasised more on the positive aspect of life and future if we could follow what Gandhi Ji Said to make the Nation Strong. Shri Anna Hazare, when asked about digital media Vs Print Media suitability for the new generation, He mentioned that both types of media are equally valuable for the development of the Nation. However, the Digital era is a new technology that attracts the youth, however, history says that print media speaks stronger truth to Nation.

Usually, there is a general perception that Anna Hazare evolved during 2011, however, it is untrue. Anna Hazare has spent his entire life serving the Nation, Even after his retirement from the Indian Army, he contributed to society in many ways. To highlight each effort of his life towards the upliftment of society, trust is developing the Anna Hazare Museum in the premises of the trust office. This Museum is a beautiful collection of each and every letter correspondence that Anna Hazare Ji has done with any government since the 1990s along with the newsletters and cuttings published across the Nation.

Each story is dramatically explained along with news date wise to highlight that his entire life had been a great dedication towards building Nation. This Museum shall have letters sent to the Government or letters sent by Government to Anna Ji, each and every minute correspondence is taken care to be kept in this museum. Certainly, it’s never easy to build such a Museum, this toom a great hard work of team Anna Hazare office to keep the facts alive to inspire the upcoming generation for years. The museum is expected to be opened to the common public after Diwali 2021 / November 2021.

How Sanjana became an entrepreneur to start “Artism” at the age of 17?