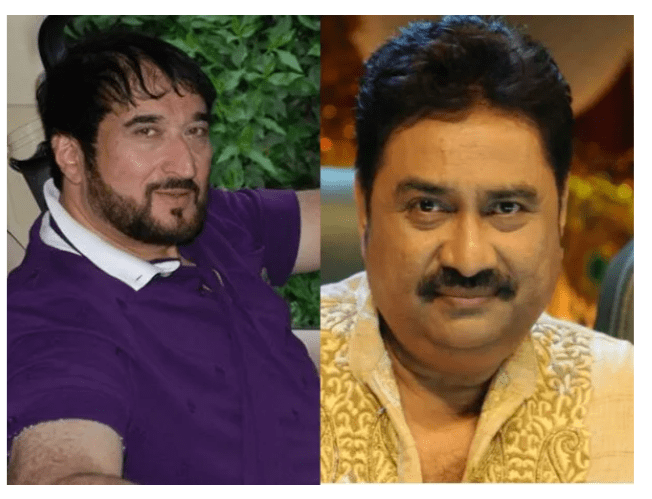 A story by Jasmine Kaur

Whenever we talk about 90’s Hindi music, Kumar Sanucomes to mind. He has sung many popular Bollywood songs in his career. His long list includes songs from “Baazigar”, “Saajan”, “Deewana”, “Aashiqui”, “Dhadkan” and “Raja Hindustani”.

Kumar Sanu got his major break when Gulshan Kumar with music directors Nadeem and Shravan gave him chance to sing most of the songs of the 1990’s popular film Aashiqui. Kumar Sanu and Nadeem-Shravan later collaborated on many interesting projects. However, composer NadeemSaifi doesn’t have pleasing things to say about Kumar Sanu.

Nadeem, who is upset with singers reprising his chartbuster songs on TV songs and not giving him due credit recently interacted with media to express his opinions.

He said, “They performed well. They became superstars in their own rights. But at one point in time they, in my personal opinion, of course, we’re kind of betrayal because they never gave us the credit for it (music). Right now, when you see them on national television, they never ever give credit to Nadeem-Shravan for the songs they are singing. Out of most of the songs sung by Kumar Sanu and Alka Yagnik but they don’t like to take our names. For that, I was very hurt.”

He said, “At one time, I spoke directly with Kumar Sanu and I had said that you were on the show on Sony Television and throughout the show, you didn’t bother to take the name (Nadeem-Shravan), did they stop you? Did the television crew stop you to give due credit? He said ‘No, No, No – Whatever the answer was’. It’s sad.”

Nadeem-Shravan attacked Kumar Sanu and said,” sadly. Kumar Sanu is called Melody King. What melody did he compose for God? Today, anyone can say anything and escape with it. I’m frustrated with my mouth open.

Nadeem Saifi has been living in London since 1997. He was charged with participating in the murder of Gulshan Kumar. However, he claims that he was mistakenly targeted and there was a conspiracy to frame him. Nadeem said that he was like a younger brother to Gulshan Kumar and he loved him very much. “The very fact that I want to return to India, proves my innocence. I have suffered this exile for nothing,” he said.

Nadeem-Shravan, music director, put together many charter buster tracks in the ’90s. The songs they wrote for Bollywood movies are still imprinted on people’s hearts. Unfortunately, ShravanRathod of Nadeem-Shravan passed away last year. Cut to now, NadeemSaifi of Nadeem-Shravan recently did a tell-all interview with an entertainment portal. From talking about the controversial Gulshan Kumar case to touching upon other aspects of his life, the music director answered it all.

Besides this, the music director also opened up about the darkest phase of his life, which was surrounding Gulshan Kumar’s case. Nadeem said that he initially took things lightly and believed that misconception would be cleared soon. However, he added that nobody expected that things would take an ugly turn.

For the ones who don’t know, the musician was accused of being involved in Gulshan Kumar’s murder. Since 1997, he has been living in London. And now, he claims that he was ‘persecuted and targeted’. He also said that the police commissioner, who accused him, was arrested a day after his retirement and pushed into a police van by constables.

Meanwhile, it remains to be seen how Kumar Sanu will react to NadeemSaifi’s statement. The music director seems to be irked with people calling Sanu ‘melody king’.

Raima Sen talks to Mypencildotcom in an exclusive Interview : Cover Story in Magazine